This beautiful Victorian house was built between 1876 and 1878 in what is commonly known as the “Second Empire Style.”  It was built of brick and cut stone (most probably limestone), and features three stories with a mansard roof and dormers, with iron roof trim and fencing surrounding the property.

The man who built the house was Frank Bramer (b. 1834, d.1888), manager of the Warrior Mowing Machine Company here in Little Falls.  His daughter Nellie (b. 1864, d. 1906) married Rollin H. Smith (b.1838, d.1911).  Upon the death of both her parents, Nellie and Rollin became the inheritors of this house.  When Nellie died, Rollin became the sole inheritor of his wife’s property, and decided that when his time came to pass on, he wanted to donate this property to the City of Little Falls to become the public library.  In the will dated October 1910, Judge Smith gave his house to the city, provided $10,000 per year for maintenance and upkeep of the property, and $2,000 per year for alterations.  He also donated his own private library at the beginnings of the public library.  In addition, he left behind for the public’s enjoyment his wife’s extensive collection of Anglo-American china, an extensive art collection he and his wife accumulated during their marriage, any and all furnishings left after the settlement of his estate, and any surplus monies to be invested for the support of the new library.  In his will, Judge Smith specified he wanted the parlor and reading room to remain the same forever-and they have.

The Little Falls Public Library opened in January 1912, with Miss Mabel E. Richards as the sole librarian, at a salary of $37.50 per month.  As time went by, the Library Board of Directors increased her salary and added additional staff.

Over the years, the library has seen many renovations and additions.  The first major redecoration of the house was undertaken in 1927.  A major renovation during the early 1980s resulted in a 2-story extension on the Waverly Place side of the building to house the adult book section and new library entrance.  Much attention to detail was paid so that the new additions would blend into the historic old house.  At the same time a Community Room was added to the west side of the building, providing a place for large gatherings and entertainments, and an elevator was installed to reach the second floor. In 2020, renovations included new interior decorating, furniture and electrical furnishings. 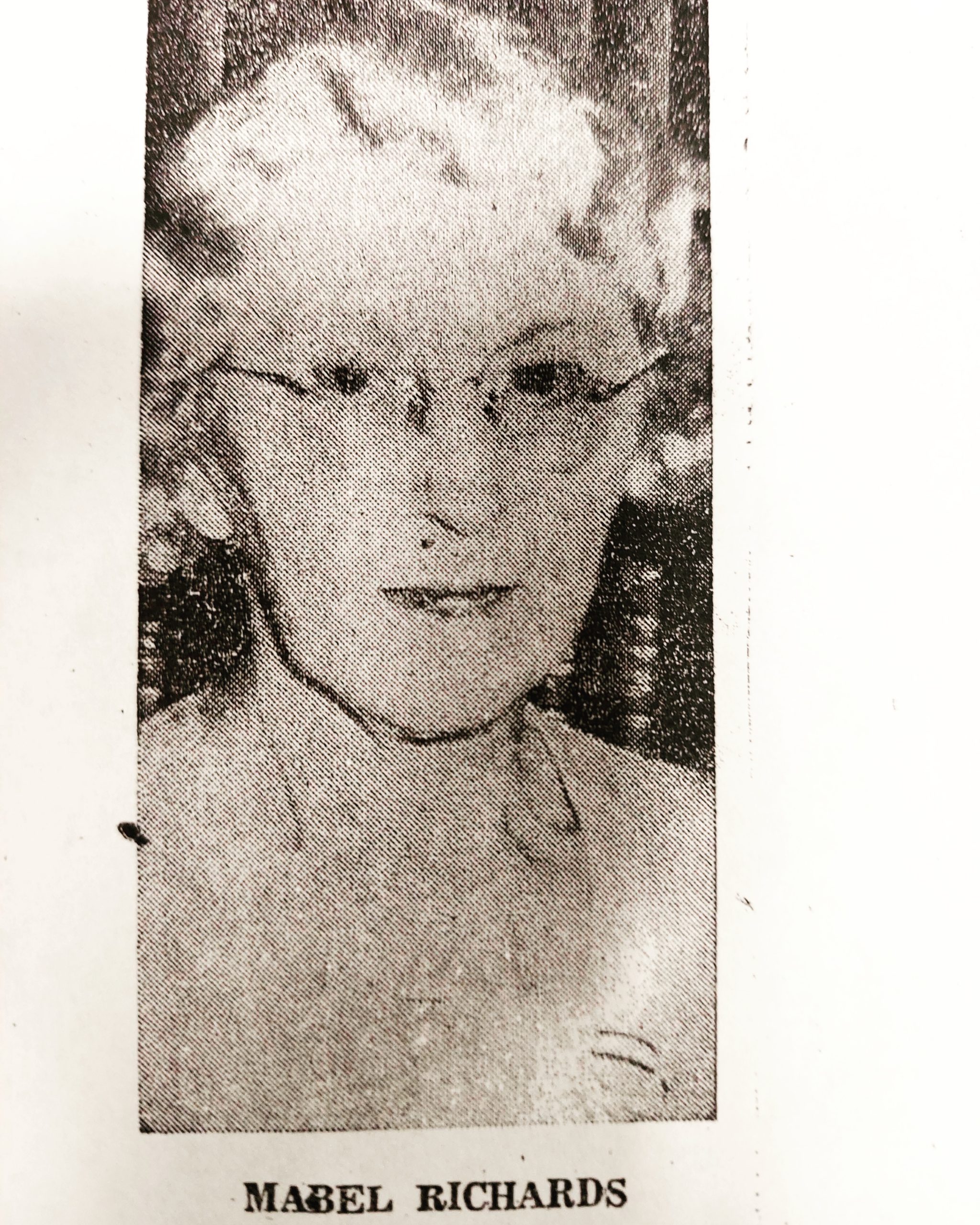 The very first librarian of Little Falls Public Library was Miss Mabel Richards. She was born in Herkimer, NY on October 13, 1884, a daughter of Dr. Martin and Frances Brockett Richards, and attended Little Falls schools. She received her librarians degree from Cornell University at a time when few women attended college or worked outside the home.

Miss Richards began her career in 1907, helping to establish the first local library in Little Falls, in addition to being employed as a grade school and high school librarian at the same time. When the Little Falls Public Library moved into its permanent new home in 1911, she was appointed its first librarian by the Library Board. She continued to serve in her dual role as school librarian and public librarian until 1929, when the schools initiated their own library systems, allowing Mabel to focus all her energies on serving the public in her capacity as head librarian. Miss Richards worked tirelessly on behalf of the library’s patrons, stocking and maintaining a vast collection of materials suitable for all ages.

Mabel served in her capacity as head librarian at LFPL for more than 53 years, finally retiring due to ill health. She passed away in 1974 at the age of 89.